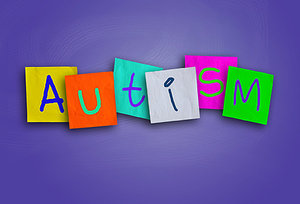 According to the National Institute of Neurological Disorders and Stroke, “Autism spectrum disorder (ASD) refers to a group of complex neurodevelopment disorders characterized by repetitive and characteristic patterns of behavior and difficulties with social communication and interaction.” As of 2016, one in 68 U.S. children suffer from ASD, per the Centers for Disease Control and Prevention. That’s too many children suffering from a troubling condition that affects everyday functioning and is frustrating for child and caregivers alike.

While the exact cause of ASD remains unknown, a recent study suggests a modifiable variable – vitamin D intake during pregnancy – may give us a clue to cause (and prevention). Published in the research journal Molecular Psychiatry, the study found that women with low vitamin D levels at 20 weeks of pregnancy were more likely to have a child identified with ASD by age 6.

Keep in mind that vitamin D has been shown to confer a host of health benefits when taken regularly, making consistent, adequate intake a critical element of a healthy lifestyle. Talk to your doctor to learn more about the power of vitamin D and the best foods / supplements you should take to ensure you get the right amount every day.